Shawneetown - The Oldest Town in Illinois 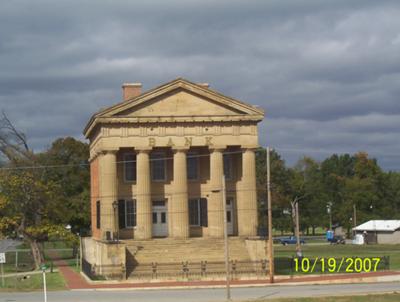 Shawneetown began life as a Shawnee Indian settlement and trading post. The first white settlers came in the late 1700's. The town was surveyed and platted in 1810. It houses the first bank built in Illinois. Built between 1839 and 1841, the bank landed on the National Register of Historical Places in 1972. It has the distinction of having turned down the then-fledgling city of Chicago when it requested a loan. The basis for the denial that no great city could ever thrive if not built on a river.


The town's location on the banks of the Ohio River made it an important trade stop and also sealed it's doom. Flooding caused the town to resettle several miles in inland but several of it's oldest buildings can still be seen today.